Firms spend 23 hours writing a response to a request for proposal (RFP) and involve nine people in the process, on average, according to recent research from Loopio.

The report was based on data from a survey conducted in 2020 among 650+ people involved in responding to RFPs at organizations across North America.

Although the overall average is 23 hours, the amount of time spent writing an RFP response varies widely among individual firms.

Over half of respondents say their company spends 5-20 hours writing each RFP response, on average, about one-third say 21-50 hours, and less than 10% say more than 50 hours: 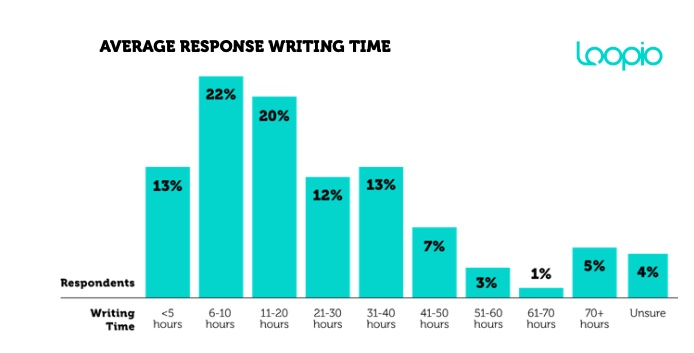 The average win rate varies widely among firms: 16% of firms say they win fewer than 20% of the RFP bids they write, and 13% say they win more than 80%: 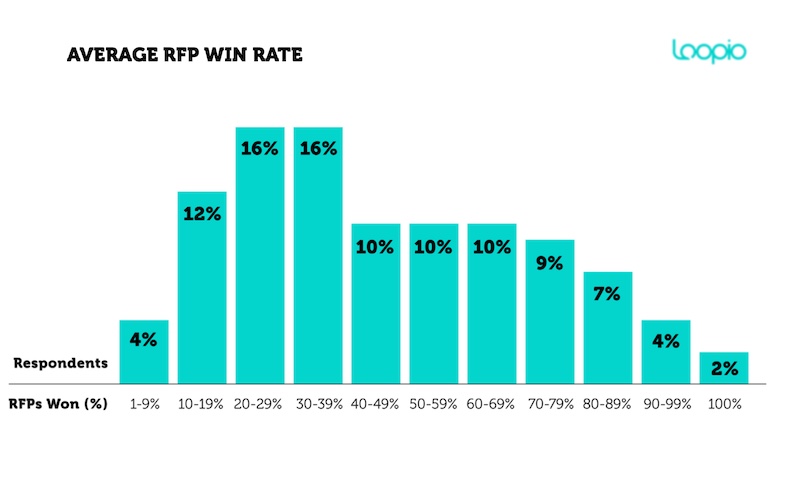 About the research: The report was based on data from a survey conducted in 2020 among more than 650 people involved in responding to RFPs at organizations across North America.

Read The Full Article
This Content Was Originally Posted At:
https://www.marketingprofs.com/charts/2021/44373/rfp-benchmarks-time-staffing-and-win-rate-trends